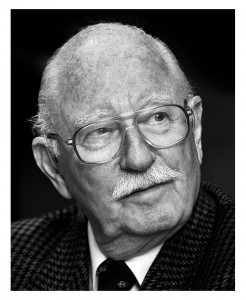 It was with great sadness that we received the very sad news that Pat Reynolds passed away on 21st December.

He had recently been moved to Gloucestershire and was only unwell for a week â€“ he will be sadly missed by many in South Wales.

He was active throughout the late 20th Century from the late 1960â€™s until fairly recently when ill health stopped his activities.

Pat was an ardent photographer and first came to the WPFâ€™s attention when he was with the RAF at their St. Athan base, he was a founder member of the RAF St. Athan Camera Club until the RAF closed its base when he then set up a new club in Rhoose. He was also a member of and Pyle and Porthcawl Camera Club, and most recently of The Vale PC. He was always a True Gentleman and treated everyone with respect and kindness. A real dapper dresser who always wore a tie, Blazer and slacks and carried himself as you would expect of a serving officer; his presence in a room full of people was always noticeable and yet he was quietly spoken and had a kind word for everyone he met.

He served as a Lecturer and Judge on our circuit for many years and his evenings were always enjoyable â€“ his judging was always kind; but he would let you know of your issues and how you should fix them next time â€“ one came out of one of his judging evenings happy and content regardless of the score he had given you.

He also served on the WPF Executive for many years and was elected President of the WPF on two occasionsÂ  1981-83 and 1993-95 he ran a calm and effective Executive on both occasions and he always thoroughly enjoyed our Lampeter Convention held in September each year at St. Davidâ€™s College, he took great delight in encouraging the members to attend the Church Service on Sunday mornings showing his true Christian spirit which guided his life and actions.

He was awarded the APAGB in 1992 as a mark of the long service he had provided.

Rest in Peace Pat â€“ you were always a delight to know and spend time with.